Watched Dec 11, 2020, no star rating
I cannot, in good conscience, give this a star rating. It is the type of film I cannot stand — poorly acted, badly written, incompetently directed, sci-fi nonsense that falls into one of two camps — “earnestly bad” or “bad but in on the joke.”

However, when Louie the Llama emerged from his spaceship and walked up to the camera for his closeup, a star was born. Louie has no idea he’s in a terrible movie and has no fucks to give. He struts around like he owns the place which makes him both adorable and scary as hell. His is the best performance in the movie. He puts every actor in this mess to shame. When he walked into frame opposite a car he is about to blow up with his laser beam eyes, I could not stop laughing. Even standing still and doing nothing, Louie makes it work. It’s ridiculous, and it’s fantastic.

The best way to watch this is to fast forward through the plot and the party scenes and watch anytime Louie is on screen or when there is an animated sequence, as those are actually very good. You should also watch the scene in the car right after the funeral even though it is badly acted and dubbed, because it’s bonkers and you learn that the first two people who are killed in the film are supposed to be grandparents even though they look as young as the people playing the partying kids. 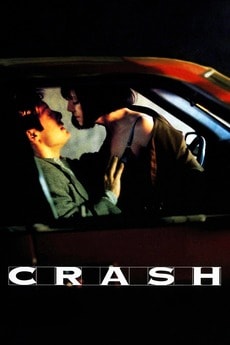 Watched May 29, 2021, ★★★ ½
I did not like this when I saw it in theaters but thinking about it in context of one of my favorite Cronenberg films, Dead Ringers, I could appreciate something he might have been going for here: Specifically, the lengths that one will go in order to feel. The soundtrack, like the sex, matches the mood: Cold and detracted. But unlike Dead Ringers, I am not sure I want to watch this one again.

< JP’s Hot Source Back to index The Kingdom >