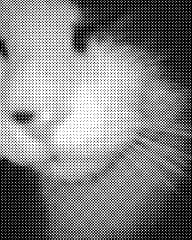 MEDFORD, NY — Indy, aka Indy Bug, aka My Li’l Guy, was euthanized Saturday, March 5, 2022 due to complications from hyperthyroidism and heart failure.

Indy found his humans in July 2006, after he was picked out of a litter of 4-week old kittens, randomly, as all the kittens pretty much looked alike. This didn’t stop Indy from developing his own unique identity, which when he was young, mostly consisted of both­ering the other cat, chasing the red light, and pretending not to be frightened by strangers. As he matured, he found pleasure in lap-sitting and viciously playing with the hairy human, often both within minutes.

Indy eventually became deaf which stopped him from being frightened of strangers and caused him to loudly introduce himself whenever he came into a room. His humans learned that the origin of the word “cater­wauling” was appropriate.

His late onset of heart failure didn’t diminish his zest for the red light, but he did prefer it when it didn’t move so much. Until his last week, he remained a kitten in all but age, spritely, and tail up like an exclamation point.

Indy was buried in a small ceremony surrounded by loved ones. He is survived by his humans, the red light, and, for a couple of days, the other cat.

Jinx, 18, Just Wanted to Drink from Your Cup 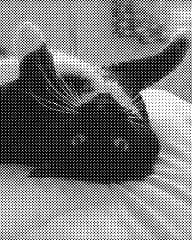 MEDFORD, NY — Jinx, aka Jinkie Jinx, aka the Jink­i­est Jinx that ever Jinked, was eutha­nized Tuesday, March 8, 2022, due to lower body paralysis and other chronic illnesses.

Jinx’s early life is a mystery, but when she was four to five-months old, in 2004, she chose her humans by jumping on the back of one of them while they were looking at kittens in an animal shelter. She thanked her humans by being playful and always hungry. She remained play­ful until the other cat showed up, and from that point she was just always hungry.

Jinx delighted visitors to her house by casually hanging out in the same room, relaxing on her footstool, seemingly unin­ter­ested but sociable. This was a trap. When a human that was not one of her humans attemp­ted to pet her, she would hiss and scare the human, which provided much laughter and joy from her human hosts.

Jinx developed arthritis, had poor dental health, and suf­fered from eye herpes and cataracts, but these ailments never seemed to phase her, and she remained determ­ined to always be hungry, but picky, and loving to her humans. On the day she would be eutha­nized, she fell asleep in the arms of one of her humans, letting him know that she never regretted her decision to choose him.

Jinx was buried in a private service. She is survived by her humans and the purple cup.

< SHE HER HERS Back to index Spring Animal Oracle >